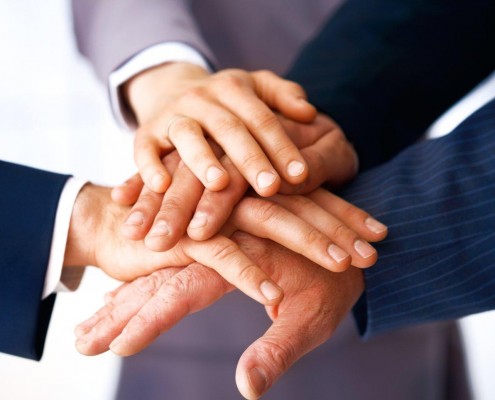 Horácio has a degree in Accounting and 25 years of service in auditing, besides many specialization courses in Brazil and abroad.

He began his career in 1974 with Ernst & Young, and in 1978 joined KPMG Peat Marwick, where he managed a diversified portfolio of clients in the financial, commercial, industrial and service sectors. He also worked as assistant comptroller for Schlumberger, a renowned multinational, where among his duties was coordinating the accounting department. This position gave him an intimate knowledge of United States accounting principles (USGAAP).

In 1984, he became Deputy Auditing Manager for the financial conglomerate Chase Manhattan, and in 1985 he was promoted to Vice Director, in charge of ensuring that all audits under way were being conducted in accordance with the policies and procedures issued by the General Auditing Department of New York. With Chase he also undertook special work in Chile in the Treasury area.

He took a position in 1989 with Sociedade Ampla Auditores SC, where he was head of the independent auditing sector. He remained there until May 1995, when he was invited to become a partner of Contar, serving the full range of its clients in various economic sectors.

Lamenza graduated in Accounting and Administration from Faculdade Moraes Júnior, and is certified by the professional boards in both areas (CRC and CRA). He has 25 years of experience, and has completed various courses for professional development.

He began his career as an auditor in 1974 at Ernst & Young, later moving over to KPMG Peat Marwick, where he worked on accounting and tax matters for companies in many fields, among them: metallurgy, finance, capital goods and consumer products. He also held the position of project accountant/analyst for the National Development Bank – BNDES and at BNDES Participações S.A. – BNDESPAR. His tasks included analysis of projects in the areas of petrochemicals, pulp and paper, shipbuilding and capital goods.

In 1985 he joined Sociedade Ampla Auditores SC as technical partner in charge of tax accounting and also to establish the independent auditing sector, to serve clients for which the firm provided specialized technical services. He remained there until November 1991, when he left to form JLL, the predecessor to Contar.

Maciel has degrees in Accounting and Business Administration from, respectively, Faculdade Moraes Júnior and Faculdade Augusto Motta. He is certified with both professional boards (CRC and CRA), and has over 25 years of experience in the areas of accounting and consulting, also having completed various specialization and professional development courses.

His first position was in 1974 at Ernst & Young, and in 1977 he moved over to the auditing staff of KPMG Peat Marwick.

In July 1990, he took the position of Managing Partner at KPMG, responsible for the office in Salvador, the Bahia state capital.

As a partner he had an opportunity to work with a variety of clients, some local and others international, among them industrial, commercial and telecommunications companies and financial institutions. During this time he prepared financial statements under Brazilian, American and International accounting standards (respectively BRGAAP,USGAAP and IASC), following rules issued by the Brazilian Securities Commission (CVM) and the U.S. Securities Exchange Commission (SEC), as well as drawing up conversions of balance sheets in foreign currency as per FASB 8 and 52.

He stayed with KPMG until July 1998. In August 1998, he accepted his current position at Contar, where he focuses on accounting consulting and auditing.

Felipe holds a degree in Accounting and Business Administration from Candido Mendes University and Estacio de Sa, respectively. Member of the Regional Council of Accounting (CRC), internationally certified by the Internal Controls Institute (CICS) and guest speaker in several workshops of the Informa Group, has experience of over 18 years in External Audit, Internal Audit, Internal Control, Compliance, Corporate Governance , Business Process Management, Corporate Restructuring and implementation of the Shared Services Center. Acquired a global experience, as he led projects in Brazil and in several countries over the world, in multinational companies such as PricewaterhouseCoopers, Vale and Anglo American.

He started his career in 1998 as trainee of PricewaterhouseCoopers and obtained constant promotions until the position of Audit Manager, when after being part of the consulting team for a SOX Project in VALE in 2007, he was invited by the client to join the Internal Controls and Compliance team, responsible for the development of these functions in some sites in Brazil and in several countries around the world.

In September 2011 he accepted the invitation of Anglo American to structure the Internal Control, Business Processes Management and Compliance deparment in some states in Brazil. He left Anglo in February 2015 to be the managing partner of Contar Contadores Consulting in charge of the Governance, Risk and Compliance line of service.